My grandmother was a Lady. Raised by a wealthy family, educated at the University of California, Berkeley graduating in 1908, the first woman from Arroyo Grande to do so, she carried herself with a certain faith in the things that defined her character and made her world go around. Things in her home were just so. She always used a table cloth on the kitchen table. She kept the milk in a yellow Fiestaware ceramic pitcher, I remember that somehow that made it colder and better to the taste. I can’t remember her without her apron. She put it on when she entered the kitchen in the morning and kept it on ’til after supper. She sent her clothes out to be ironed and starched. She wasn’t a kisser or a hugger, when you greeted her it was a little hand squeeze and a kiss on her cheek. Just so, as I said.

She was a 19th century girl in her beliefs and habits. As grandchildren, she taught us how to set the table at Thanksgiving, fold napkins correctly and when at the table,  to be polite and speak when spoken to. Don’t interrupt the adults and always pass the dishes to the left. Never chew with your mouth open and keep your elbows off the table.

She had a trick she used to compel the no elbows rule. It was a diabolical device used by Irish families and handed down from generation to generation. Most of the year it resided in a cedar lined sideboard, carefully folded in the bottom drawer with it’s brethren.  Lurking there in the darkness, redolent of cedar fumes, just for a taste of little boys errant elbows.

When we boys were old enough, it was our pleasure to help with family dinners, doing what we could in small boy ways. Darting around my mother and my aunts, Sadie, Eva, Nan and my cousin Iva Jean, we were assigned tasks befitting our age. Setting the dining room table, though it took two for the job, was one of the first. There was nothing to break, after all, which was just our speed. Carefully taking the Damask table cloth out of the drawer where it was stored, placing it on the table and carefully unfolding it to reveal the beauty of its silken weave. I didn’t know  at the time but Damask cloth was woven of silk and satin thread that came over the old Silk Road from China to the Islamist cities of Byzantium in the early 1st century and eventually into Europe by 14th century. The long floats of satin-woven warp and weft threads cause soft highlights on the fabric which reflect light differently according to the position of the observer. Running our palms over the soft, slick surface of the cloth was a special treat. Because the cloth was almost pure white, it needed to be protected. Grandma used place mats, each diner had a napkin, serving dishes all had plates or saucers to collect any errant splash or dollop of gravy. And to protect the beautiful fabric of the tablecloth from the flailing hands and arms of boys, The diabolical device, known as the Irish Lace tablecloth. Made from knotted linen thread in beautiful laced patterns,  the lace tablecloth was thought to be an indicator of social standing in 18th century Irish households. They were thought by some to differentiate between the shanty Irish and the lace curtain Irish.

Of course, as kids we were far removed from its history, believing that it was crocheted by young orphan girls in dark and dingy workhouses, presided over by withered old crones in black habits, ever ready to institute a solid rap on the knuckles should there be any levity or the slightest indication of happiness. This caused the young women to use very large knots at every opportunity in order to pass their unhappiness on to the three little Shannon boys. My dad told me that in his day the knots were even more pronounced and an inadvertent swipe of an elbow might require the ministrations of Doc Brown.  Was it possible that each knot held a portion of fractured basalt from the Devils’ Causeway in county Antrim? It was just infernal. Little boys can’t sit high enough at the table nor reach for the water glass without forearms and elbows touching the table. I suppose this particular torture was created by families becoming more inclusive after the war, where kids no longer sat at the children’s table but were allowed to eat and converse with the adults, which made us feel much more grown-up. 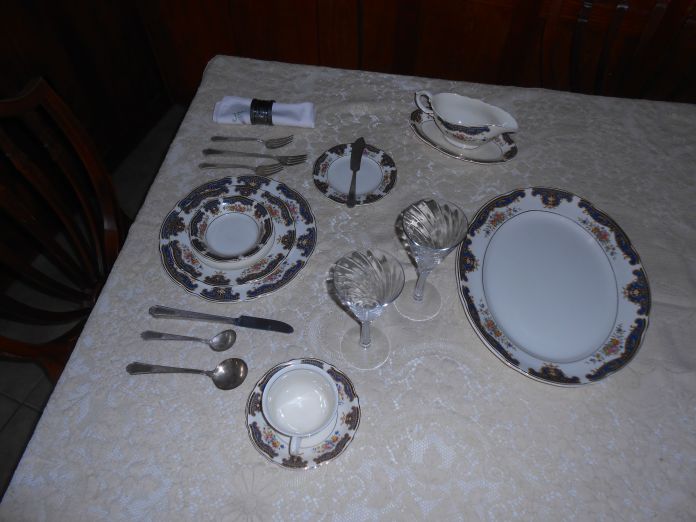 Observing them first hand gave us our entry into their life, a peek at, perhaps what ours were to be. That is, of course if we had survived with our forearms reasonably intact.

One thought on “Irish Lace”