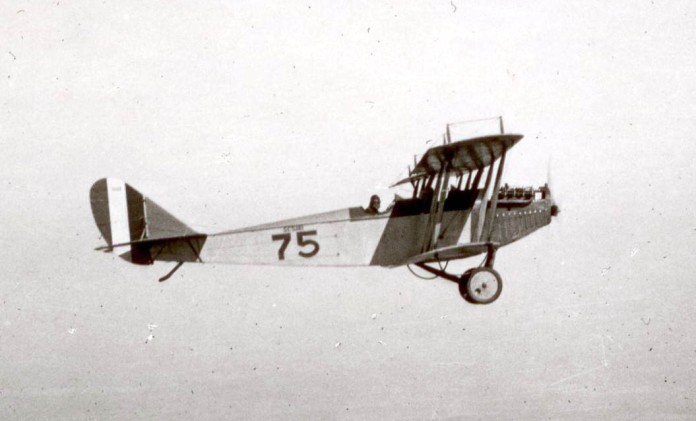 My grandfather was a promoter, a booster. He spent time running the family dairy but his heart was with those men who were joiners and community do’ers. He was a Rotarian and an Odd Fellow. Mens and women’s service clubs were very active in the days of small towns; long before television. People needed a way to get out of the house. My grandmother was a charter member of the Arroyo Grande Women’s club. My grandad spent every wednesday night at the old IOOF Hall on Bridge St, playing pool, chewing the cud and sharing some conviviality with his club brothers.

Memberships like this brought men together. One of the results was the organization of community events and fundraisers. In the days before government assistance and a small town needed something it had to plan, raise money and do the work itself. The fraternal organizations sponsored many events to do just that. In Arroyo Grande they sponsored the “Pea Festival” in the early days when bush peas were a major crop in the hills and valley. The old “Pea Festival” became the “Gay Nineties” and is now the “Harvest Festival.”

In 1928 a group of local business men got together in order to act on the idea that if automobile  races were held on the beach, speed hungry auto fiends would flock to Pismo to watch. The contracted with Barney Oldfield, the famous race driver who first drove the “Mile a Minute,” to come and do a flat out speed demonstration on the sands that they advertised as the smoothest and straightest in the country. New speed records were sure to be set.

The group arranged trains to ship the race cars to the railroad docks in Oceano. They organized crowd control and as an added attraction contracted with a barnstormer to fly in and give rides to spectators and to perform death defying aerobatics.

Barnstorming was the first major form of civil aviation in the history of flying. It was also one of the most popular forms of entertainment during the Roaring Twenties. The United States and other countries had trained thousands of pilots during the great war and many of them had no desire to quit flying. Surplus planes were cheap, so cheap that the Navy and army practically gave them away. A young flyer could buy a surplus trainer such as the Curtis JN-4 “Jenny,”  some still in their unopened packing crates, for as little as $50, essentially “flooding” the market. With private and commercial flying in North America unhampered by any regulations concerning their use, pilots found the Jenny’s stability and slow speed made it ideal for stunt flying and aerobatic displays in the barnstorming era between the world wars. Some were still flying into the 1930s.

Flyers could scrape out a living doing local show and giving rides while bouncing from town to town. Living under the wings, camping out or trading rides for food and accommodation, these universally young men and women introduced people all over the country to their first experience in flying. Barnstorming “provided an exciting and challenging way to make a living, as well as an outlet for creativity and showmanship. Jimmy Doolittle, Amelia Earhart, Pancho Barnes, Roscoe Turner and Jackie Cochran were all barnstormers. Flying allowed Charles Lindbergh to make a marginal living, and he always spoke fondly of the “old flying days” and the freedom of movement.

By the time my dad took his ride, barnstorming was slowly being regulated out of existence. The US Aeronautical agency was taking control of the air and essentially creating the rules that would eventually kill the business. Furthermore, the planes themselves were getting old. Some of the “Jennys” had been flying for close to a decade, maintained by the pilot-mechanic who worked on the planes wherever it was convenient. No such thing as the FAA inspection. The plane needed to fly to make a living, and in todays environment its hard to believe how casual the business was. Planes crashed all the time. Luckily they flew low and very slowly.

Even though Lincoln Beachey, one of the first barnstormers had landed on the beach at Pismo nearly 20 years before, flying was still a novelty. A Curtis Jenny sitting on the sand, it’s OX-5 V8 90 horse engine ticking over as the pilot loaded two people into the front cockpit was not an everyday sight.

Like many boys, my father wanted to be with his father whenever he could. His religious career was over the minute my grandfather asked him if he would rather stay home and help with the cows or go to sunday school with mommy. So when he asked dad if he wanted to go see the airplane he jumped at the chance. They took the model T along the old highway to Pismo, crossing the SP tracks at the grade crossing on the edge of monte, then over the Pismo creek bridge and left into town. Leaving the car at the foot of the Main St. ramp,  My grandfather said, “Let’s go have a look.” Up close, the aircraft was huge, squatting like a buzzard drying its wings in the morning sun. The odors it gave off were both strange and familiar. The faint banana like odor of the doping compound used to stretch the linen fabric that covered the fuselage and wings and the, oh too familiar smell of grandmothers spoon of Castor oil for breakfast, the oil used to lubricate the open valves of the engine before starting. Considering what was about to happen, that spoonful might not be a good thing for a boy about to fly for the first time.

As my grandfather spoke quietly with the pilot, dad walked around the plane, having no idea that something which he was never to forget was about to happen. His father gestured him over to the plane and almost before he knew it, he was being boosted into the front cockpit. He was speechless, this wasn’t part of the plan. Grandpa climbed in right after him, settling into the modified seat built for two. The pilot leaned in and checked that the lap belts were secure. Handing them two leather helmets and goggles, he jumped down from the wing, conversed briefly with the mechanic, then hopped on the wing and climbed into the rear cockpit. He moved the stick and rudder pedals around to make sure they were in working order then signaled the mechanic to pull the prop over a couple time to load the cylinders with gasoline. “Ready, contact,” the mechanic spun the prop and the motor caught, spraying my dad and grandfather with castor oil and belching a cloud of smoke that reeked of gasoline.  Having no brakes, the Jenny immediately began rolling down the beach, bumping up and down a little as it ran over the sand. At about 25 miles per hour the tail came up and soon after the bumping stopped and they were flying. At the glorious speed of 60 mph, the pilot banked out over the ocean and flew out to sea briefly before turning back over Oceano towards Arroyo Grande where they got a birds-eye view of the ranch and their home. The pilot completed the circle, back over Pismo, setting the plane down in almost the exact spot they left from.

Many years later when I was a young man myself, dad asked me how I liked flying. Sitting at that old kitchen table where so much of my life was formed, I told him that I had flown tens of thousands of miles in all kinds of planes and that I liked it. It was safe and comfortable and took you to marvelous places you had always dreamed of, a magic carpet, if you will. Of course, I didn’t mention that last part because I was never quite sure where he stood on things like that; you know, approval. Home was always where he wanted to be.

I was living in a tropical paradise then. And in the spirit of hospitality I asked him why he and mom didn’t fly down to see me. Thats when he told me the story about his two flights. “A flight off Pismo in a JN-4, seeing our little community from above I thought would be a delight,” I said. Dad did not, and I repeat, did not, see it that way. He told Me, “That old plane was like a skeleton with one of your grandmothers bedsheets stretched over it,” “It stunk to high heaven and I got covered with grease and oil.” He made me laugh, so I said, “But wasn’t the view beautiful, couldn’t you see everything?” He gave me a look, then said, “You could see everything all right, the canvas was full of holes and you could look right down between your feet and see the ground.” By this time I was laughing out loud, so he threw me a dirty look and said, “It was the worst two flights I ever took.” “What do you mean two flights,” I said, “it was only one” And he said. “Yeah, two flights, the first, and, the last.”

He never came to see me in Hawaii.

PS: The great Pismo automobile races were a bust, the sand beach is not flat enough and the cars would get airborne going over the humps. The spectators just walked around the ropes and didn’t pay admission. They lost their shirts